To share your memory on the wall of Robert LeMaster, sign in using one of the following options:

Those that desire, may make memorial contributions to PlantersFirst Bank into an account that is setup for Bob's daughter, Ansley LeMaster.

As an organ, eye, and tissue donor, Bob's family would like to acknowledge that he gave the most precious gift anyone could give, the gift to improve and save the lives of his fellow man.

A graduate of the University of Georgia, Bob was an Environmental Health Specialist V for the West Central Health District for the State of Georgia. He enjoyed fishing and spending time with his family. He was his daughter, Ansley’s, biggest playmate. He enjoyed attending and cheering for the Georgia Bulldogs. He was also a Baptist.

To send flowers to the family or plant a tree in memory of Robert "Bob" LeMaster, please visit our Heartfelt Sympathies Store.

Receive notifications about information and event scheduling for Robert

We encourage you to share your most beloved memories of Robert here, so that the family and other loved ones can always see it. You can upload cherished photographs, or share your favorite stories, and can even comment on those shared by others.

Posted Jul 08, 2019 at 05:45pm
Words can't express our sadness.
We will all be together in heaven some day with our Lord and Savior Jesus Christ 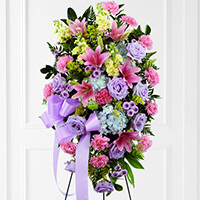 Bob, Monique, Tiffany, Joey & Brandon Hraback purchased the The FTD Blessings of the Earth Easel for the family of Robert LeMaster. Send Flowers

Posted Jul 08, 2019 at 12:56pm
So sorry to hear the news.. breaks my heart. Bob was a co-worker and friend of mine. I know that the days will be long for you and Ansley, but just saying a prayer for you all that God will comfort you in this time of sorrow.
Comment Share
Share via:

Posted Jul 08, 2019 at 12:02pm
Wendy, the Dooly County Health Department staff extend our sincere condolences to you, Ansley, and the rest of your family. Bob was a great man. He was so kind and genuine. He loved you and Ansley so much. He loved talking about his family and of course the Georgia Bulldogs. We always had conversations about the games on Monday mornings. We had fun when other co-workers who were not Bulldog fans would come into our health department. He will be greatly missed by all of us. We send our love, thoughts and prayers for the coming days as we celebrate the life of Bob LeMaster.
Comment Share
Share via:
PG

Posted Jul 08, 2019 at 10:29am
Wendy,
I am so praying for u & Ansley! So sorry u are going through this pain. Hold on to ur family & friends. Jesus is carrying u when u cannot walk.
My love to u, Paula Greene
Comment Share
Share via:

Posted Jul 07, 2019 at 10:18am
Wendy, Ansley and family l am so sorry for your loss. My heart goes out to you. Sending prayers to you. May God wrap his arms around you and hold you tight as you go through this difficult time.
Comment Share
Share via: